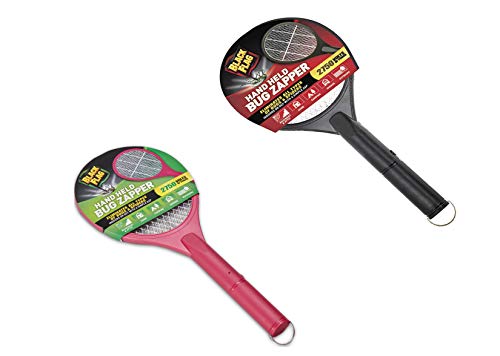 The Black Flag Handheld Zapper is one of many ways to kill the annoying insects that infiltrate both indoor and outdoor spaces. This product is set apart from others because of two main qualities. The first being that there is no need to spray toxic chemicals in and around your home. Secondly, many users stated that they found this method of killing mosquitoes not only useful but fun. As with most electric bug zappers, the Black Flag bug zapper kills small insects instantly with a simple zap.

Small, flying insects such as mosquitoes, gnats, and flies can be quite a nuisance both outside and in your home. Almost everyone can relate to the annoyance that comes along with constantly shooing flying bugs away from food, entertainment areas, and even our own faces. While there are many ways to repel these types of insects, those methods typically involve the use of some sort of chemical or poison. Additionally, repellents only keep these bugs at bay for a set number of hours, which, in turn, allows them to keep coming back.

The Black Flag Handheld bug zapper instantly eliminates small, flying insects by delivering 2750 volts of power. Several viewers felt that this product was effective and enjoyable to use. Unlike some bug killing methods, this zapper allows users to see that it is working. Numerous reviewers stated that they were able to eliminate dozens upon dozens of flying insects, both indoors and outdoors. Typically, users found that the zapper is best when used to kill small insects such as mosquitoes, gnats, and flies. While many reviewers did successfully kill more giant insects like wasps and beetles, there were a few who expressed some difficulty in this task. However, primary compliments about the device inluded its effectiveness and the fact that it was fun to use.

Numerous reviewers found that the Black Flag Handheld Zapper was sufficiently easy to use. There is a small button on the handle that activates the power to the circuit board. While holding down the button, the racket can be waved through the air until it comes into contact with the target insects. Once the insect touches the grid, many users noted hearing the pop of the electricity. Being able to see the device in action was a massive plus for several reviewers.

Black Flag’s bug zapper is a racket-style bug zapper with a plastic handle and a metal grid. It uses advanced circuit board technology to utilize 2750 volts of power. This particular style is also equipped with a convenient metal hanging hook so that it can be easily stored. Two double A batteries are required as a power source but are not included. This particular zapper does not utilize an octenol lure or a black light attracting method.

Young children may need supervision because the zapper does deliver an electric shock if the metal grid is touched while the button is held down.

Is the Black Flag Handheld Zapper Safe for Children and Pets?

When used according to the manufacturer’s label, Black Flag’s bug zapper is very safe to use. Even in the presence of small children and pets, this product is incredibly safe. It does not use any toxic chemicals or chemicals. However, young children may need supervision because the zapper does deliver an electric shock if the metal grid is touched while the button is held down. While the shock should not cause any significant harm, you should still take precautions to avoid it from happening. A few reviewers suggested removing the batteries when not in use to prolong the life of the battery and to provide an extra safety measure.

After reading through numerous Amazon reviews, it is quite clear that the Black Flag Handheld Bug Zapper works excellent for small flying insects. This particular product is especially effective against mosquitoes, gnats, and flies. It may not always be the best option with large swarms or for larger types of insects. Although, it may be a great product to use in addition to repellents or along with other methods. Keep in mind that this zapper does not use any sort of attractant. Instead, you’ll have to ensure that the metal grid comes into direct contact with the insect to kill it. However, this is the exact aspect that the majority of users found to be the zapper’s best quality. Reviewers felt that this fact added a fun element to an otherwise monotonous task. | Updated for 2021Is it possible that an insect makes a musical instrument? Incredibly, the answer is yes. The Didjeridu is a wind instrument made from a Eucalyptus branch hollowed out by termites. The hollowed-out branch is the beginning of a wind...

END_OF_DOCUMENT_TOKEN_TO_BE_REPLACED

According to the manufacturer, you can use the Black Flag Bug Zapper just about anywhere that bugs are causing aggravation. They directly suggest using in the home, basement, attic, and anywhere else indoors. The manufacturer also recommends taking the bug zapper on camping trips and using it during outdoor activities. According to the manufacturer, you can use the Black Flag Bug Zapper just about anywhere that bugs are causing aggravation.

How Does It Work

The Black Flag Zapper uses double A batteries to supply power to a metal grid that creates an electric shock that is strong enough to kill small, flying insects. The device uses a boost converter to increase the voltage that is emitted from the grid because the batteries on their own would not be strong enough. This boost converter is what allows these types of zappers to be small, portable, and incredibly useful.

While the Black Flag and Zap It are both racket bug zappers, there are a few differences to consider. Firstly, the Zap It Mini uses 4000 volts of electricity as opposed to Black Flag’s 2750 volts. The Zap It Mini is slightly smaller and, therefore, might be more convenient for specific users. Zap It Mini requires two triple-A batteries, which are included in the shipping package. Another additional feature that Zap It provides is a rechargeable option. There is a micro USB port in the handle to charge the zapper instead of hassling with dead batteries. The handle of the Zap It Mini also contains a small LED light to help users see what they are swatting in the dark if necessary.

While both products are quite similar, Elucto and Black Flag offer a few different options. Elucto’s electric Bug Zapper is the slightly more expensive of the two, but the package does include the two double-A batteries needed to power the device. Additionally, Elucto comprised of a single layer metal grid that emits an electric shock. According to the manufacturer, this makes it easier to clean and kills faster than triple-layer grids. Elucto offers two size options, including standard and large.

While the similarities between Black Flag’s Handheld Zapper and The Executioner are quite considerable, some differences are worth some thought. The Executioner is made up of a single layer grid, which increases the ease of use, according to some reviewers. However, the single-layer grid lowers the safety of the device slightly because there is no safety grid over the active circuit. The Executioner is also quite a bit more expensive but also does not include batteries. 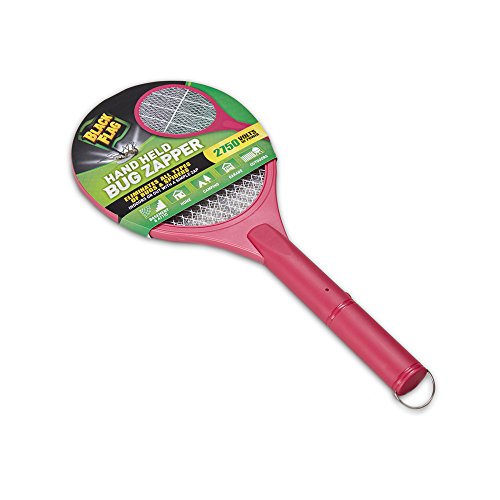