Best Flea Foggers for the House 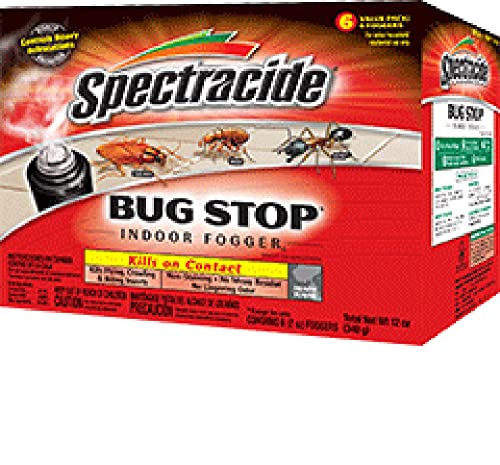 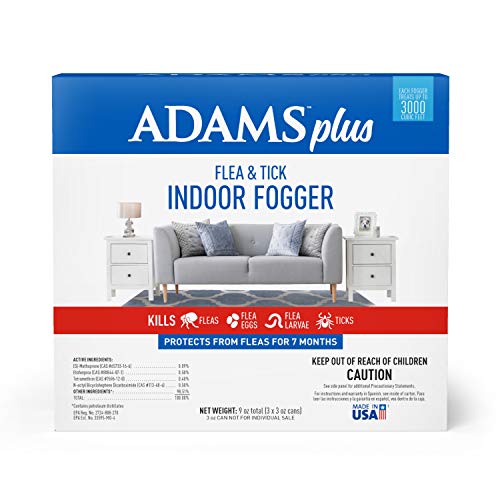 Adams Plus Flea and Tick Indoor Fogger (3 Pack), 3 oz
Best Runner-Up
$27.97
Four active ingredients and a number of complementary products put this as one of our favorites.
Buy on Amazon

How We Found the Best Flea Foggers

You may think of fleas and ticks and an annoyance but not a significant enough problem to worry about.

However, fleas and ticks pose so many health risks such as Lyme disease, various fevers, and plague to both you and your pet. Even if they don’t bring disease, they can cause several weeks of intense itching and painful scratching—sometimes so much it can cause patches of hair loss or skin infections.

Once a flea infestation raids your home, it can be a daunting job to remove them. Foggers can be highly beneficial in that they cover everything, literally everything, in the area you set them off. With a good fogger, you can not only destroy existing fleas and the eggs but also leave the ingredients behind to prevent them from coming back for several months.

Better yet, many foggers also kill other insects and bugs, such as roaches, bed bugs, spiders, ants, and ticks. If you are particularly squeamish about any and all pests, a fogger could be an excellent option for you. We’ve broken down our three favorites at affordable prices here.

The Spectracide Indoor Fogger kills fleas and other insects on contact. This fogger works in just two hours and leaves no messy residue, stains or odor in your home. Spectracide covers 2,000 cubic feet per can and is sold in cases of six 2-ounce ready-to-use cans to help you take care of your whole house.

This fogger reaches deep into cracks and crevices to flush out and kill any hidden bugs, flying and crawling, on contact. Be sure to store items such as toothbrushes, pet dishes, cookware, children’s toys, and any food items in a place chemicals will not touch them before fogging.

Adams Plus Flea and Tick Indoor Fogger is an excellent addition in this company’s line of flea prevention and treatment products. With flea shampoos, sprays, powders, flea-killing yard spray, and flea dips, their fogger is another great solution to rid your house or apartment of pests.

The beautiful thing about using a fogger is that it kills essentially every other insect in your home, as well. So, if you have not only fleas but also other pests, this is a fantastic option. Some even found it useful on bed bugs. Be sure to store items such as toothbrushes, pet dishes, cookware, and any food items in a place chemicals will not touch them before fogging.

Durvet No-Bite Multi-Pest Indoor Fogger is an excellent value considering you get double the product for a similar price as the previously mentioned foggers. These six-ounce cans are an excellent flea-killing option for large homes, bigger rooms, or places such as basements (keep away from pilot lights), or kennels.

This fogger combines three different powerful insecticides for effective control of fleas and other pests. Be sure to store items such as utensils, dishes, cookware, and any food items in a place chemicals will not touch them before fogging.

END_OF_DOCUMENT_TOKEN_TO_BE_REPLACED END_OF_DOCUMENT_TOKEN_TO_BE_REPLACED

Fleas are wingless insects that pose numerous health risks. Not only can they make you and your pet itch all over, but they also carry some frightening illnesses.

How Some of the Ingredients Work

S-methoprene is an insecticide that acts as a hormone in insects. It can be used to kill fleas, flies, beetles, and a number of other insects. S-methoprene affects the robust insects that survive contact to the other pesticides.

Pyrethrins are a blend of six chemicals that are highly toxic to insects. They are found naturally in some chrysanthemum flowers. Pyrethroids are a type of man-made pesticides comparable to the natural pesticide pyrethrum or pyrethrins.

Permethrin is a pesticide within the pyrethroid family. Permethrin can be used on food and feed crops, on livestock, and also on clothing. Permethrin affects insects if they ingest it or touch it. Permethrin hinders the nervous system in insects, which causes muscle spasms, paralysis, and death (but it’s far less toxic to humans and dogs).

Etofenprox is a man-made pyrethroid which that disrupts nerve impulses in insect nerve axons and was proven highly effective even in tropical environments.

Fleas and Their Risks

Fleas are wingless insects that pose numerous health risks. Not only can they make you and your pet itch all over, but they also carry some frightening illnesses. When bitten, you will often see a small reddened spot encircled by a red halo, typically without much swelling with fleabites.

Research shows fleas can spread a typhus disease in humans. If the fleas fed off of infected squirrels, rats, or other rodents in some areas, they even pose the threat of plague. Even in the United States plague is active and watched by the Center for Disease Control. So, using a fogger to exterminate fleas in your home is well worth a try.

Prior to using a flea fogger, make sure you cover all the furniture (that you don’t want the mist to land on) in your home with sheets. Then move any food—even that in the pantry—and utensils, as well as small appliances such as toasters or kettles outside. Scan everything and think about a mist covering anything it can touch. If you don’t want chemicals on it, take it outdoors.

Open all of your interior doors (from room to room), drawers, and cabinets in your home and shut the windows. Once every person and your pet are outside of your house, place a flea fogger in the middle of each of the rooms you want to treat. When you’re ready, follow the instructions on the label to activate the flea bombs and immediately exit your house or apartment.